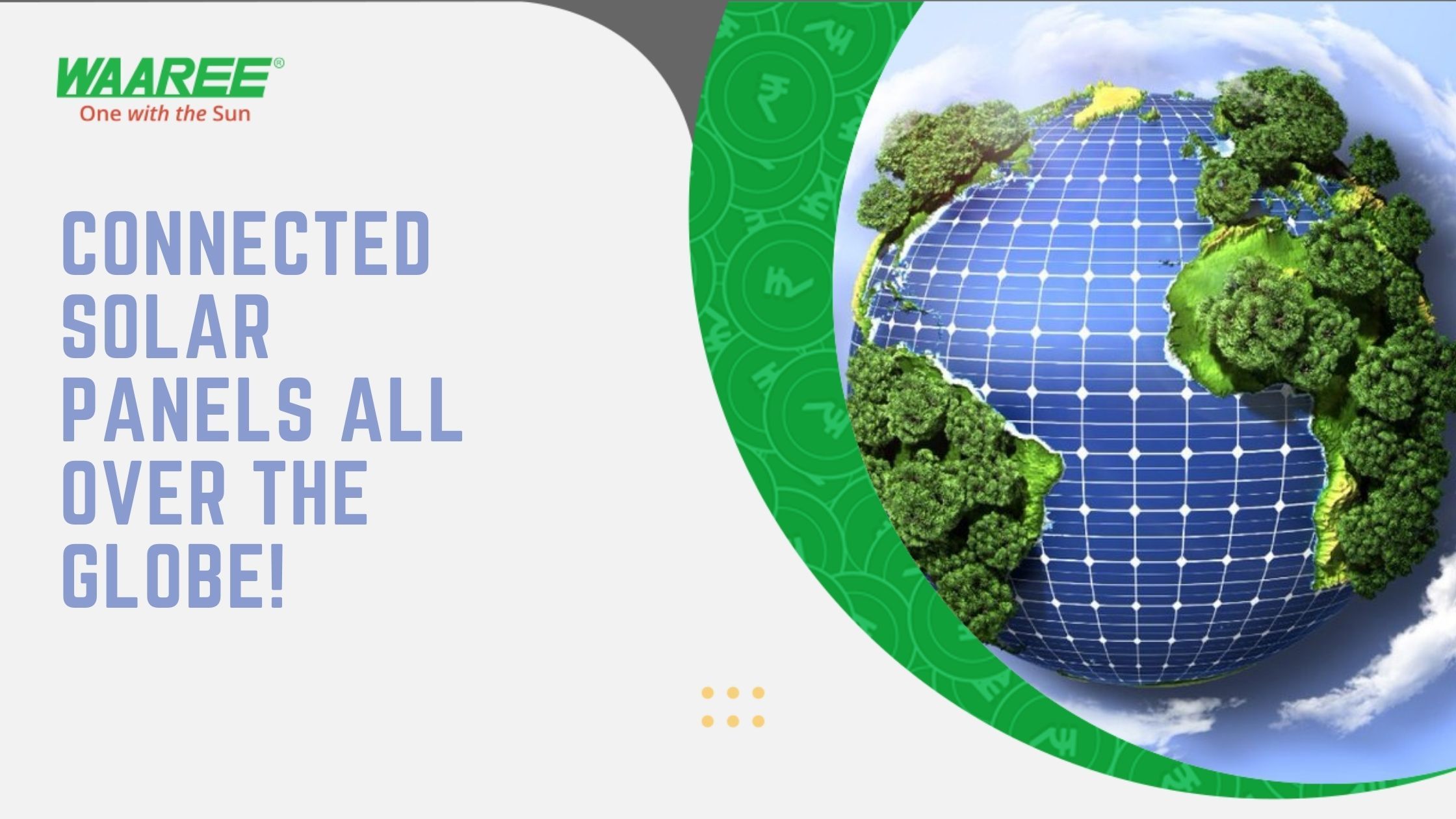 Why don't Countries Invest Altogether to make Connected Solar Plants all over the Globe?

Power generation with Solar Energy is increasing worldwide. It is happening faster than expected, and it is assumed that the installation of solar power plants will continue to grow.

According to a study, by the end of 2022, around 10 % of the world's electricity will be generated using solar power. The report predicts that global solar power generation would likely be doubled by the end of 2023. And if things keep developing like this, shortly, more and more income will be generated in this field. Also, the non-renewable sources of energy will be significantly preserved.

●China: Year after year, it has been investing heavily in constructing large solar power plants. For example- the largest floating plant in the world, with 116 thousand photovoltaic panels and capable of generating 40 megawatts of electricity; and the Datong plant, which has the curious panda shape and is expected to generate 3.2 billion kilowatt-hours when it reaches total capacity.

●India: Today, India is leading in this race as more and more EPC solar projects are in full swing across the nation. An average of about 36.9 GW of solar energy is produced annually in India. The growth rate is just fabulous. Even the first floating solar power plant is being constructed in India on the Narmada River, Bhopal, and Madhya Pradesh.

●Japan: Began investing in solar energy after the Fukushima nuclear accident, which exposed the risks of nuclear power, and the efforts were so extensive that they have already created a city that runs entirely on solar energy, Fujisawa Sustainable Smart Town.

What is the trend?

So far, solar expansion has mainly taken place in Europe, Asia, and the USA. According to the experts from the Global Market Outlook, the growth will continue. They assume that solar power generation in China and the USA will double or quadruple in the next five years and will increase by around 50 percent in Europe.

Many new countries are now increasingly investing in technology that has become cheaper. India, which has so far installed 10 gigawatts of solar power, is driving solar expansion particularly strongly and thus wants to construct new coal-fired power plants. According to experts, the generation capacity will increase to around 76 GW by 2021 and, if the development is excellent, even to 88 GW.

In addition to the price advantage, the Paris climate agreement gives solar power an additional tailwind. "Gigantic efforts are required to achieve the Paris target of limiting global warming to 1.5 degrees," stresses Watson, and he is confident that solar power has potential and answers. "The Paris Climate Conference showed a very high level of awareness among our governments around the world. It is the awareness that solar development brings great benefits."

Although they have been very significant, the efforts made so far worldwide are still not enough to combat climate change. So it would be expected that in the coming year's investments in this sector will intensify and more countries will join hands together in this venture.

Waaree Energies Limited is a pioneering company that isinvesting in solar panels and other products. Get in touch with us today!