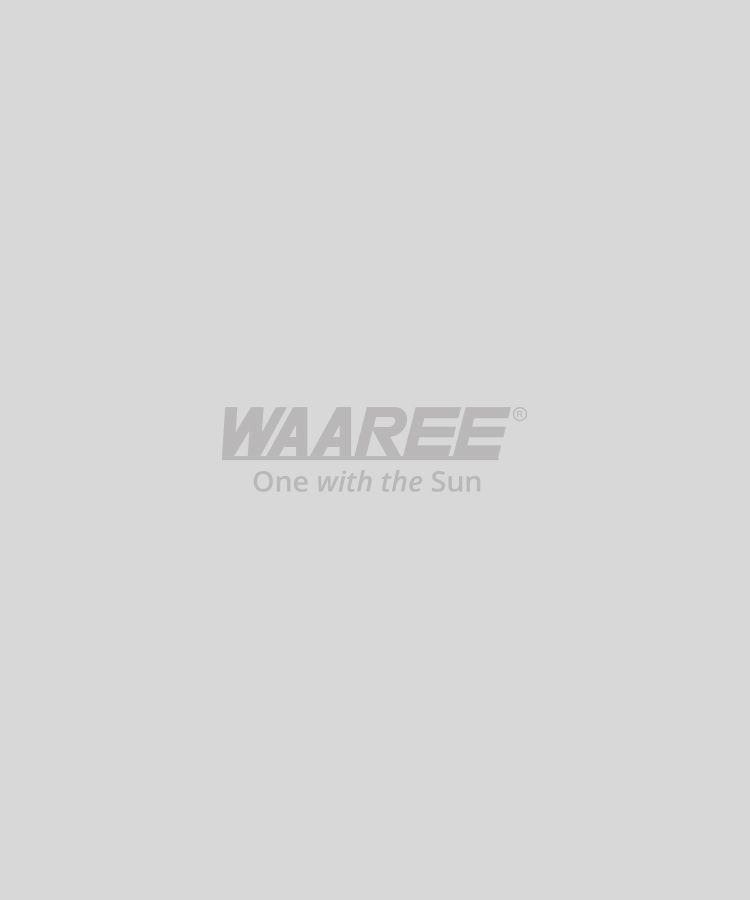 A hybrid power plant in simple terms is a plant which generates power by using two or more sources of energy. These sources could be either conventional or non-conventional or both. Such power plants are preliminarily useful as they reduce dependency on a single source while also enabling the power plant to produce more power output. Now with the world's focus on non-conventional power sources (solar and wind energy pre-dominantly) it is important that such sources are utilized to their maximum potential. While individually, these sources have been performing quiet fair, there are still few concerns which needs to be addressed in order to utilize these sources efficiently.A simple yet innovative solution is hybridization of this technology or a hybrid solar wind plant (shown in Figure 1). Similar to the other hybrid plants, here both solar PV panels and wind turbines could generate electricity and feed it into the grid. With the target of 10GW by 2022 from such hybrid plants and with both the central & various state governments supporting this idea, hybrid plants are poised to increase. This blog thus aims to educate its readers on the basic technical details along with the advantages of such hybrid plants.

Before understanding the technicalities of hybrid plant, it is important to understand why such plants are necessary at the first place. Its advantages are mentioned as below:

As we mentioned above, the solar wind hybrid plant would be of importance given their advantages compared to the individual plant. With such understanding in place, let us understand the technical scheme in practice for a hybrid power plant.There are two categories by which there hybrid plant could be erected. They are:

While the technology is in place, it was necessary that a policy specific to this technology was passed. This was also to ensure that in addition to erecting new plants, the existing solar/wind plants were given fair chance to upgrade their power plant by adding appropriate capacity of wind/solar power plant. The MNRE has released the solar wind hybrid policy where both AC & DC coupling is allowed, however to be termed as hybrid plant, the power capacity of one resource should be at least 25% of the rated power capacity of other resource. The hybrid plants are encouraged to sell the generated energy with all the available business models i.e. captive consumption, sale via open access, sale to Distribution Company via bidding or at APPC. It also allows power plants to install battery storage given its various benefits. Few states (Gujarat, Andhra Pradesh) have realized potential of hybrid plants and have released draft policies (hybrid policy of Gujarat is finalized and notified). With more states realizing its potential, such plants would increase in years to come.

We at Waaree Energies could help you set up solar power plant at ideal locations. With an experience of executing more than 500+ MW EPC projects, the customer could be ensured that their plants would be up and running for more than 25 years.

Let us all pledge to make solar energy the primary source of energy in the near future.