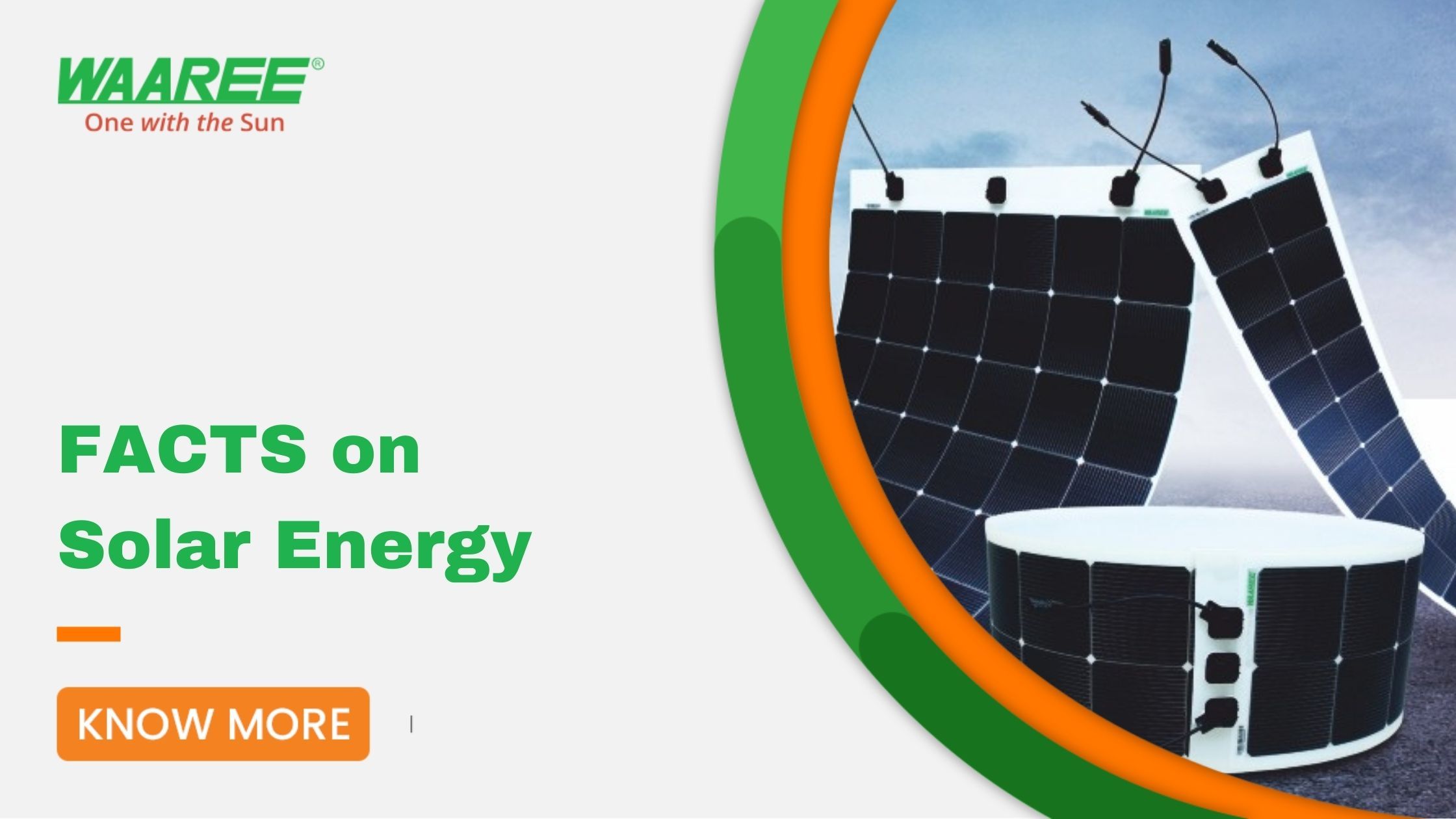 The solar industry has witnessed an exponential increase over the past few years. The main reason for a radical progression in this industry is the increasing utility expenses and the desire to become sustainable for preserving the ecosystem. Solar energy is a renewable form of energy where the energy derived from the sun is converted into electrical energy to satisfy the power consumption efficiency and sustainably.

In addition, it is one of the purest forms of energy that never generates any pollutants. Hence, it is the best go-to source to satisfy all your power needs and to save non-renewable energy for future generations. Apart from this, there are numerous amazing facts about solar energy that people do not know. Hence, to make you more familiar with solar energy, we have mentioned some interesting solar energy facts.

The amount of latent solar power that falls on the Earth in an hour is equal to the cumulative yearly power consumption of every person living on this planet. In addition to this, 20 days of sunlight can generate the equivalent amount of power as all the planet's oil, coal, and natural gas consolidated.

There are not many items that get more affordable over time. However, solar energy has finally contrived to do so. In simply one decade, the cost to install solar panels at a residential or commercial unit has dropped by more than 89 per cent and, the solar industry will further witness a price reduction till the year 2050.

In the present times, most solar panel systems hold the potential to meet your daily power consumption requirements, including your air conditioning unit and other huge electricity appliances. The net metering used for grid attached solar systems assures you always hold access to the power you require. In addition to this, you can further add a power accumulation battery to your solar system and get your reserve stock of solar energy ready.

The agriculture and horticulture industry endeavors to make the highest utilization of solar energy in present times. These involve procedures like the timing of farming circles and the mixing of different crop varieties. Greenhouses are further employed to transform sunlight into energy to raise the year-long breeding of specific crops.

Have you read: 21 Ways to Make Your Home More Energy Efficient

Solar energy spreads beyond just utilizing solar energy for home power purposes. It can additionally get used in distinct kinds of vehicles. From trains to cars, and now even aircraft, more and more individuals are utilizing only solar power to move from one place to another. This utilization of solar energy outside houses and office structures is simply the beginning of the immense potential that solar technology holds in transforming our daily lives for the better.

Solar power is extending from only personal systems for every house to community solar panel systems.

The idea of the distributed solar system matches well in the ever-expanding sharing economy that has surged in popularity over the preceding decade. Rather than installing separate solar panels, solar systems are being fixed for entire communities to power their places more efficiently.

Solar energy can significantly assist in reducing your utility bills. Furthermore, there are multiple tax benefits and discount plans intended to encourage the adoption of solar and save funds at the very time.

Many people hold the misconception that colder temperatures can reduce the power generation capacity of solar panels. However, this is not at all right and, solar panels operate better in the wintertime. You might not be aware of one of the most amazing solar energy facts that sunlight is better reflected by the white snow. It further assists the solar panels in accumulating more electrical energy for future use. In addition to this, the solar panels are usually angled in a manner that the snow does not get accumulated on them.

While our forefathers might not have held the technology we own in these modern times, they were smart enough to harness the sun’s power to generate energy. This solar energy generation was performed by employing a transparent lens and reflective surfaces to cause fires. It was remarkably comfortable due to technological constraints, making this one of the interesting solar energy facts.

After going through all these interesting solar energy facts, it becomes evident that solar energy is an incredible power source harnessed efficiently to take a step towards sustainable living. With every passing year, numerous progressions are made in the solar industry that make it more efficient and affordable. This is what has been a compelling drive behind the accelerated growth of this solar technology.

Are you looking for a dependable company for your solar installation or maintenance? Waaree Energies Ltd. can be an ideal pick for you. To know more about how solar works, visit https://www.waaree.com.

You can also read: What Will Be The Future Of Solar Energy In The Next 5–10 Years?