Waaree was recently recognized as 'India's Greatest Brand' in Solar Industry by AsiaOne for FY. 2019-20. 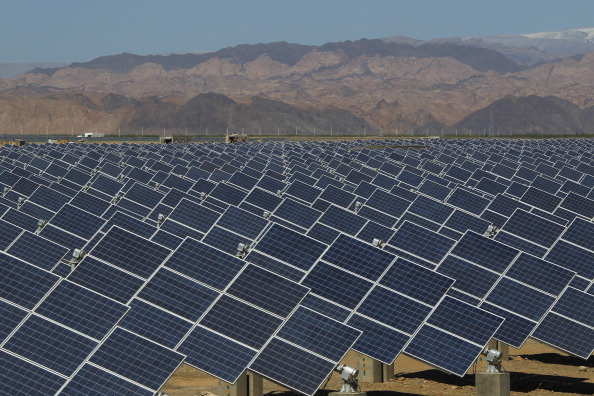 New Delhi: Indian manufacturers of solar power generation equipment are going through a tough time as import duty on raw materials and cost of shipping has made the situation extremely non-viable to continue manufacturing in the country, according to Waaree Group.

"For Indian solar module manufacturers to expand their capacities, they need to sustain, which looks difficult at the moment. There will be no duty barriers for imports of solar modules from the date of Safeguard Duty expiry to the date of implementation of Basic Customs Duty while duties on import of raw materials will continue to exist," the company quoted Chairman and Managing Director Hitesh Doshi as saying in a statement.

He added this nine month period will have a crippling effect on domestic manufacturers which may also lead to a shutdown of units in India and risk 300,000 jobs. "So, till the BCD comes into force some steps need to be implemented to aid the sustenance of domestic manufacturers," Doshi said.

He also said the government's latest announcement on Production Linked Incentive scheme is a welcome step. One of the objectives of the scheme is to boost domestic manufacturing of high efficiency indigenous PV solar modules to reduce reliance on imports and generate employment opportunities.

Doshi said in order to completely wean off dependence on imports, the allocated fund for PLI Scheme is "quite meagre" and capacities expected to generate with this amount will be very less, and sanctioning of more funds will allow the manufacturers to set up additional units.