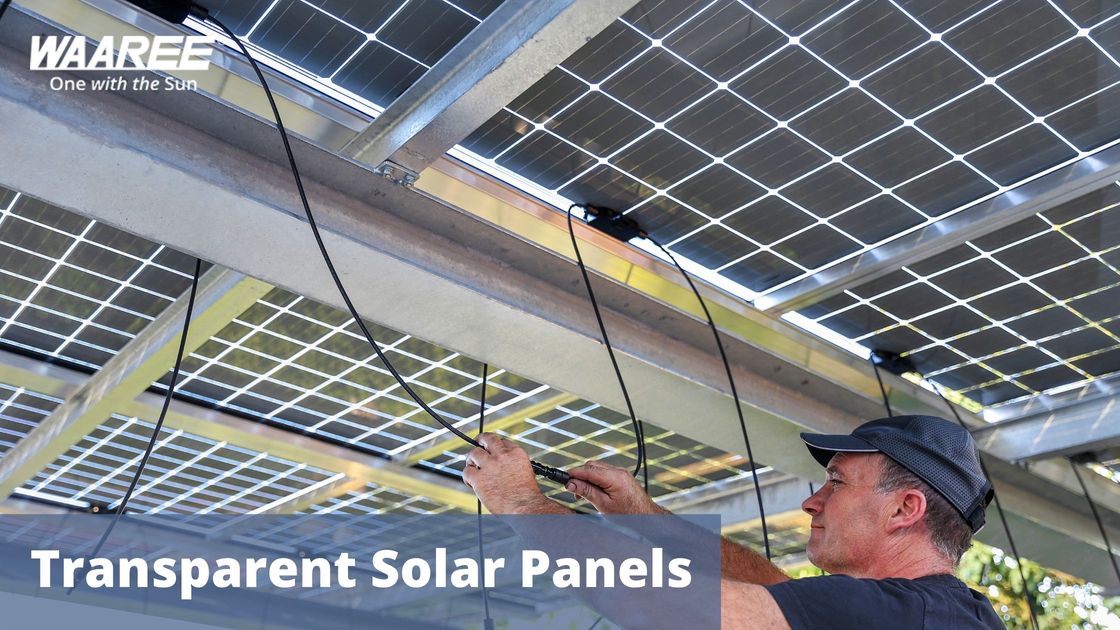 Building Integrated Photovoltaic (BIPV) is a construction material that generates green energy while preserving the structure. Users can modify BIPV modules in terms of size, thickness, shape, and color, in addition to providing power.

Invisible solar panels and modules are transparent, as well as semi-transparent solar modules. BIPV applications necessitate PV module versatility that serves both an attractive and a functional purpose.

Solar energy will become widespread soon if the experts are correct. Even now, it is the most widely used renewable energy source. However, in light of its benefits and drawbacks, we must utilize it in many ways possible. Even traditional photovoltaic solar panels come in a variety of shapes and sizes. Transparent solar panels are among those. Nonetheless, it has its own set of pros and cons.

What you need to know about transparent solar panels

The standard glass we use may ultimately have a single purpose that may alter how we consume energy. Consider an automobile that can recharge itself or a device such as a mobile or computer which can never run out of battery. These are just a few instances of what glass solar panels might accomplish for us in the future.

Because clear solar panels create more energy, you should set aside some funds for them. You may indeed keep the money by using it to generate electricity to power fans, lamps, and other equipment. On the other hand, transparent solar panels are designed to simplify the use of regular solar panels. Installing portable solar cells in your workplace or house is a breeze.

Once installed, these solar panels can provide you with more alternative energy than their regular counterparts. Transparent solar panels are also lightweight and portable, making them easier to transport from one location to another.

The most crucial drawback of transparent solar panels is that they can only generate limited energy. To power the complete house, you'll need a massive set of solar cells. Furthermore, you won't be able to utilize the translucent cells to power any of your home's existing electronic devices. Unique lamps and fans frequently come with solar businesses to work with glass solar panels. It means you'll have to pay extra for the accessories that come with the package.

Another significant disadvantage is that translucent solar panels will not produce sufficient power when the sky is cloudy. Even the accessories you purchased with the cells may not function properly.

To address the problem of high costs, governments worldwide should take steps to support other solar-based technologies. Considerably more advancements in solar panel technology should be made to address the shortage of sunshine, making them more effective at capturing sunlight and heat to generate electricity.

For example, it is frequently necessary to minimize the transmitted light (many office buildings already use tinted glass). The partially transparent solar panels can be pretty valuable in these situations.

As stated at the opening of this post, MSU experts have already made significant progress in producing entirely transparent photovoltaic glass panels that look like conventional glass. Researchers anticipate that once industrial production begins, the effectiveness of these completely invisible solar panels will be as high as 10%.

It's critical to remember that the solar panel’s performance isn't the be-all and finished for solar panel windows. In practice, a less efficient solar window implies that the window must be more prominent in size to produce the same amount of energy as a more effective panel.

Translucent solar cells have high installation costs. You'll have to pay more for both because you'll need to buy separate lamps and fans to go with the solar cells. You should also get a standby system that includes robust batteries and adapters for storing the energy produced by the solar cells.

In summary, you'll have to spend a lot of money to purchase all of these things and make your alternative energy ambitions a reality in your home. Solar cells create electricity from the sun and its heat. If the sun hides among clouds during the day, you will be in the pitch dark since not enough power gets produced and stored.

Despite providing light and air into interior areas, windows are the most typical source of thermal energy loss.

Even in overcast weather, they generate electricity more efficiently. Solar windows with a pink tint are currently available, with blue, grey, and green colored cells in the works.

The most challenging aspect of this technology is its long-term viability in commercial applications. The cells' lifetime still has to catch up to the life expectancy of the windows.

It is past time for the globe to convert to alternative energy sources. Otherwise, the world will get thrown into a major energy crisis, threatening humans for some time. Despite its many disadvantages, solar energy is one of the most reliable ways to generate cleaner energy.

Solar energy production is made more accessible with the use of translucent solar panels. Transparent solar panels are simple to use and create enough electricity to light up your home. However, relying on these flexible solar cells to generate all of your household's electricity has some severe problems.