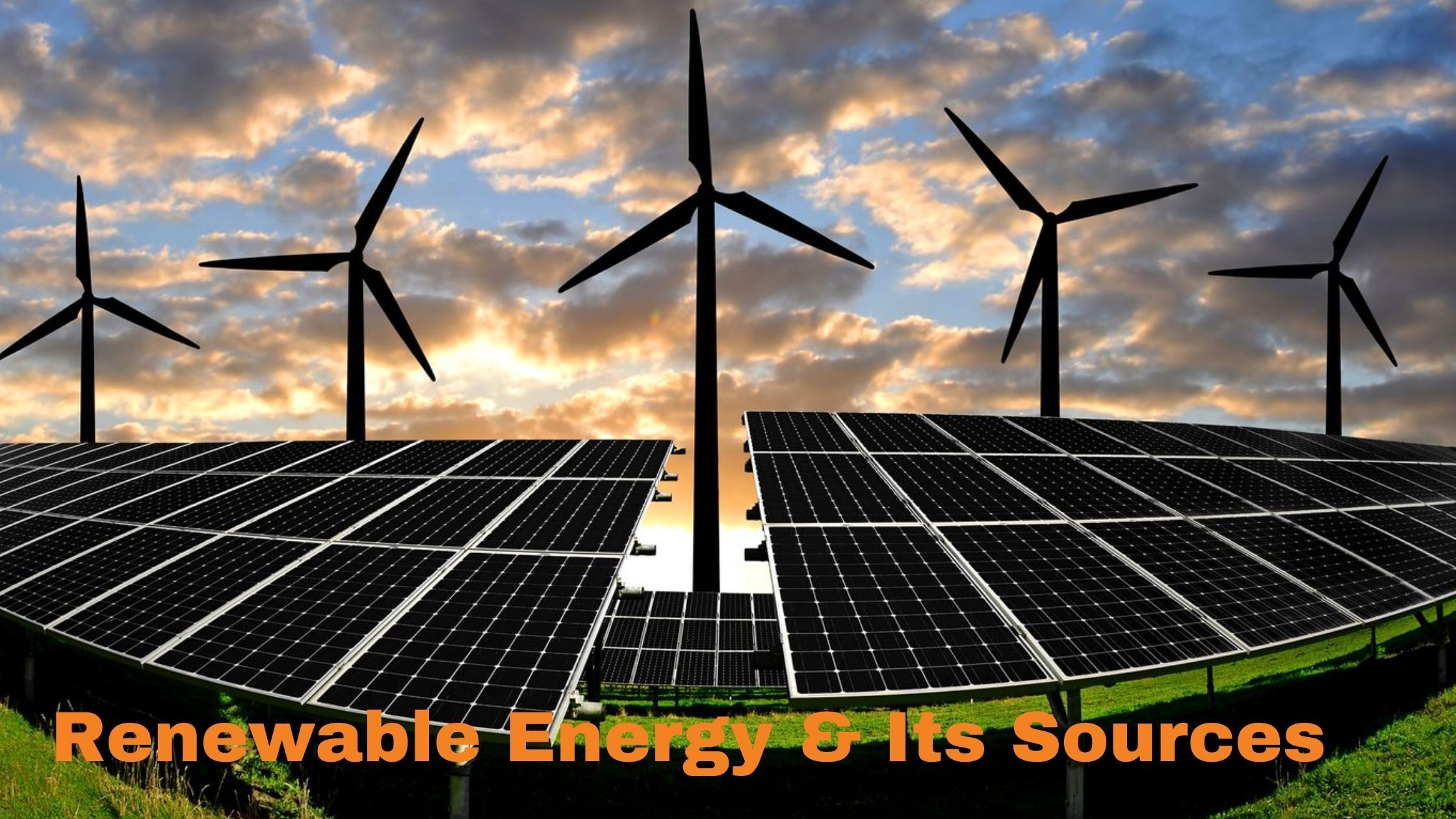 Nature and progress go hand in hand to bring a new breath of life to the planet thanks to renewable energies. In this modern era, the growth of renewable energy is unstoppable. Through this article, we will try to understand the term "Renewable" in a more defined way.

What is Renewable Energy?

Renewable energy is the present and the future of global electricity production. The term "renewable" captures the essence of this type of energy, embodied by its availability in nature and its capacity for continuous regeneration, without human intervention, spontaneously and in inexhaustible quantities.

Producing renewable energy means using the sun, the force of the wind or water, and the heat of the Earth, present in nature in a productive and generalized way to generate electricity. The energy, compared to that produced by conventional sources, is capable of drastically reducing emission levels.

Renewable energies are destined to become the most profitable source of electricity for the planet and economic development. Because renewing energy, when it is produced with an integrated vision, capable of going through the entire value chain - local production at the suppliers - and mitigation of two impacts on land and communities, turns out to be truly and totally sustainable. Through the creation of shared value, circular economy approaches, and commitment to the UN Sustainable Development Goals, renewable energies reinforce your answer to that big question: what is the energy of the future?

Have you read "Advantages and Disadvantages of Renewable Energy"

What are the 7 types of renewable energy sources?

Sun is the inexhaustible energy source which is the primary producer of all renewable energies on our planet. We obtain solar energy from the sun. Here, solar radiation is absorbed through solar panels and transformed into electricity stored or fed into the electricity grid. There is also thermoelectric solar energy, which uses solar radiation to heat a fluid (which can be water) until it generates steam, and drives a turbine to generate electricity.

In the case of wind energy, electricity is generated with the force of the wind. The windmills in the wind farms are connected to electricity generators that transform mechanical energy into electrical energy when the wind turns its blades. Wind energy can be used for both commercials as well as domestic purposes. Of course, the trend is changing rapidly and will contribute more towards the conservation of non-renewable energy sources.

Hydropower energy is one of the most widely used types of renewable energy sources globally, and nearly 150 countries are taking advantage of it. It is produced by using water from the passage of rivers through the construction of dams. Here, the conversion of the kinetic energy and gravitational potential of the water leads to mechanical energy production, which is finally transformed into electrical energy.

It is produced from the natural heat of the Earth. It has traditionally been used since Roman times by taking advantage of natural hot springs. There are some countries like Iceland where this energy has great relevance. It can be classified according to the temperature of the Earth's crust and can vary from very low-temperature geothermal (between 20C and 50C) to very high-temperature geothermal (between 150C and 400C). Moreover, like other energies, it can be converted into electricity through the evaporation of water.

It refers to biological animal or plant matter, usually waste, that can be used to obtain energy. It can be extracted through the natural chemical reactions of certain types of biomass. For example, some bacteria present in animal waste; generally, cow dung produces methane, making biogas.

This gas generally refers to the mixture made up of methane and carbon dioxide, with small proportions of hydrogen, nitrogen, and hydrogen sulfide. The percentage of methane characterizes it as a fuel with a calorific value suitable for combustion in motor generators that produce electrical energy.

Our seas and oceans have an enormous amount of energy that we can harness. The turbines take advantage of the movement that occurs in the water due to low tide and high tide to generate electricity. It is a renewable energy source well known in some parts of the world (for example, in France, Canada, or South Korea), where tides are significant, and huge amounts of electricity can be generated from them.

When hydrogen is separated from oxygen, it has the tendency to generate electricity that can be used as a fuel for vehicles. It can be a viable renewable energy source that can be used to conserve non-renewable energy sources. At the moment, it is not being utilized to its full potential, but there remains an enormous interest, especially for greener mobility with the use of hydrogen.

Learn more - What is a Renewable Energy Certificate (REC) in India?

Solar energy is a source of renewable energy obtained directly from solar radiation by a solar panel which in turn transforms it into electrical energy.

The process begins when sunlight falls on one of the faces of a photoelectric cell, which makes up the solar panels. An electric potential difference is developed between both faces, causing electrons to jump from one place to another, thus generating an electric current, which is then transported to the distribution network to reach consumption points.

In addition to not emitting polluting or greenhouse gases during energy production, one of the main advantages of this technology is modularity. In other words, the panels can be used for self-consumption (supplying electricity in houses or buildings) or also supply the electricity grid through large power plants. Thus, it is a viable source of energy that should be promoted more and more.

We at Waaree Energies Ltd. are helping people understand the value of renewable energy sources. If you want to know more, contact us today! 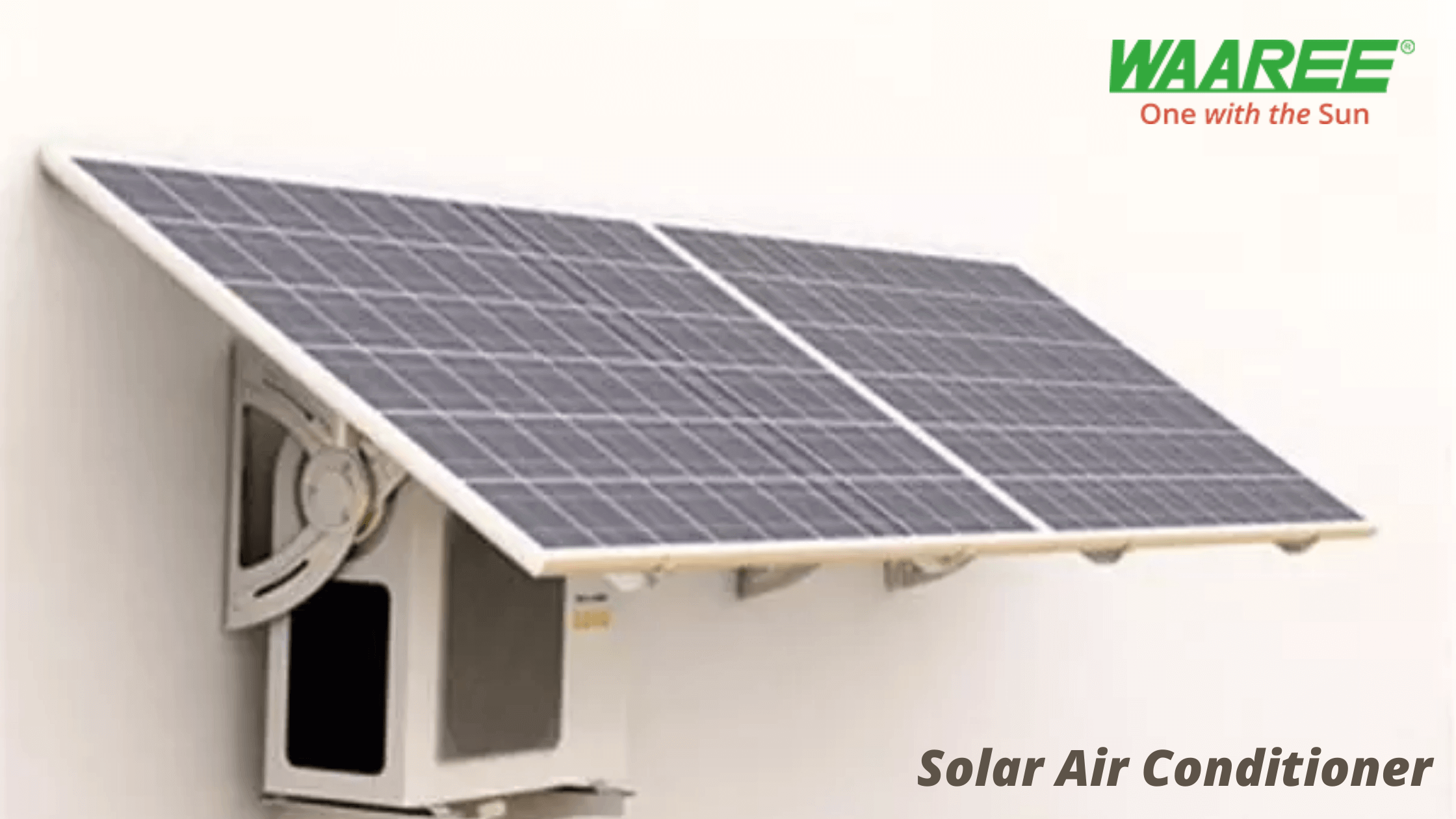 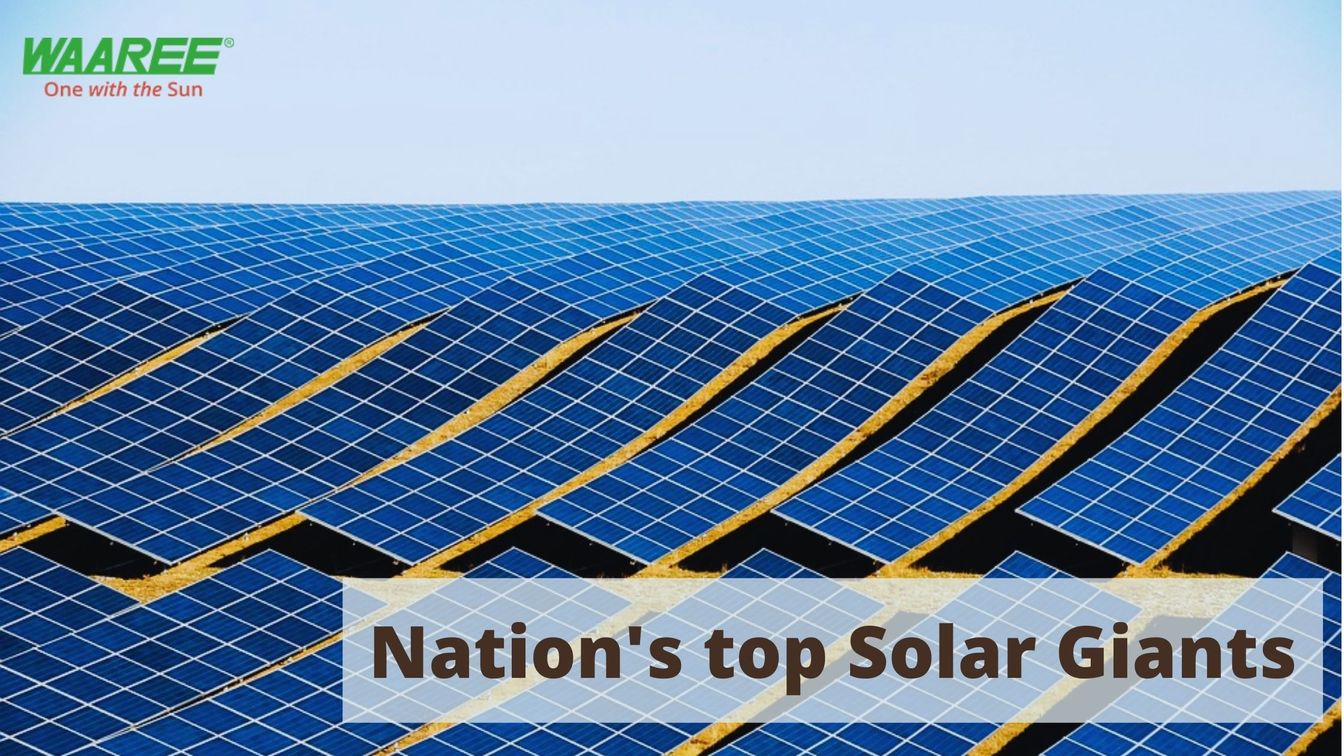 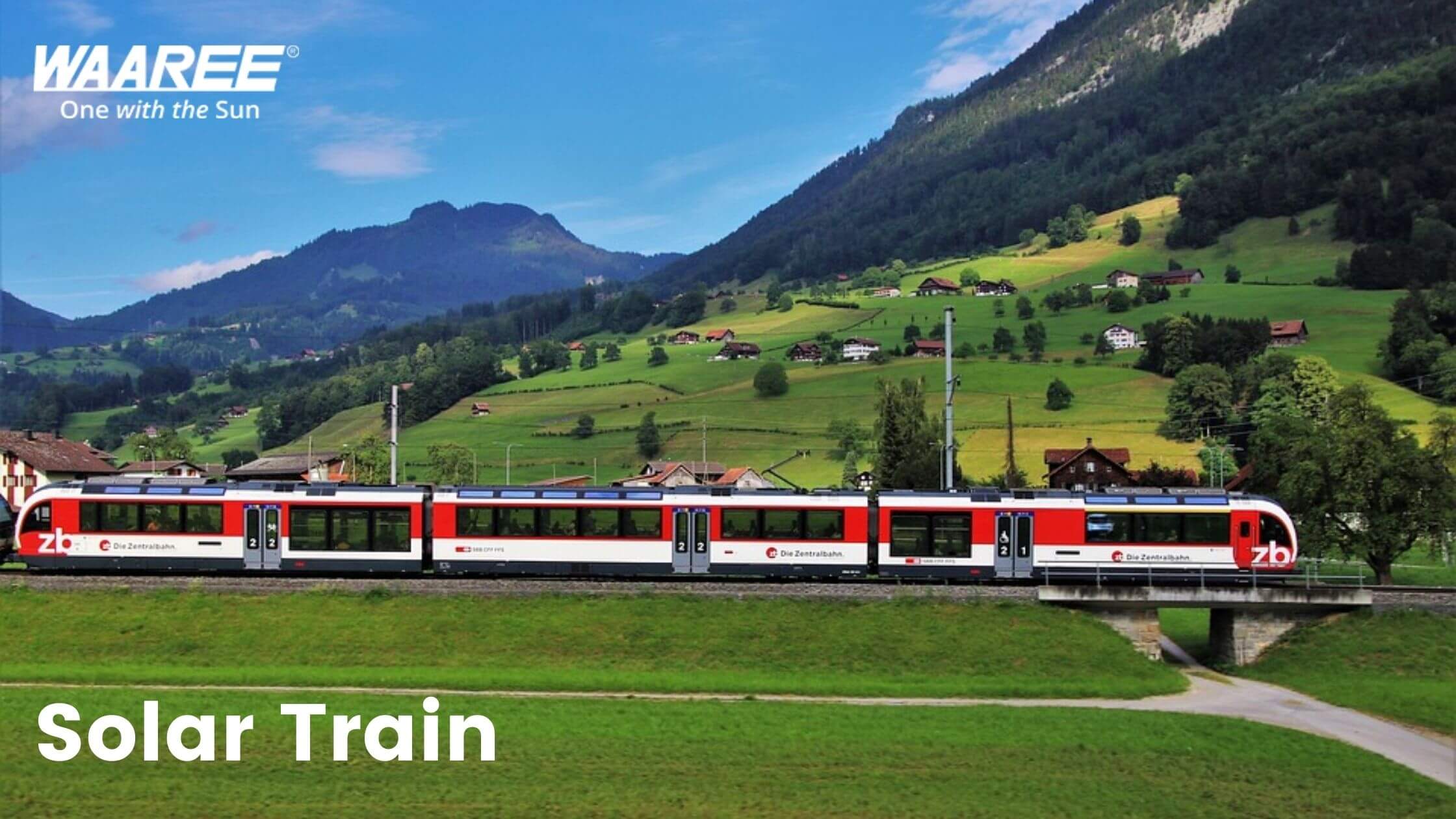 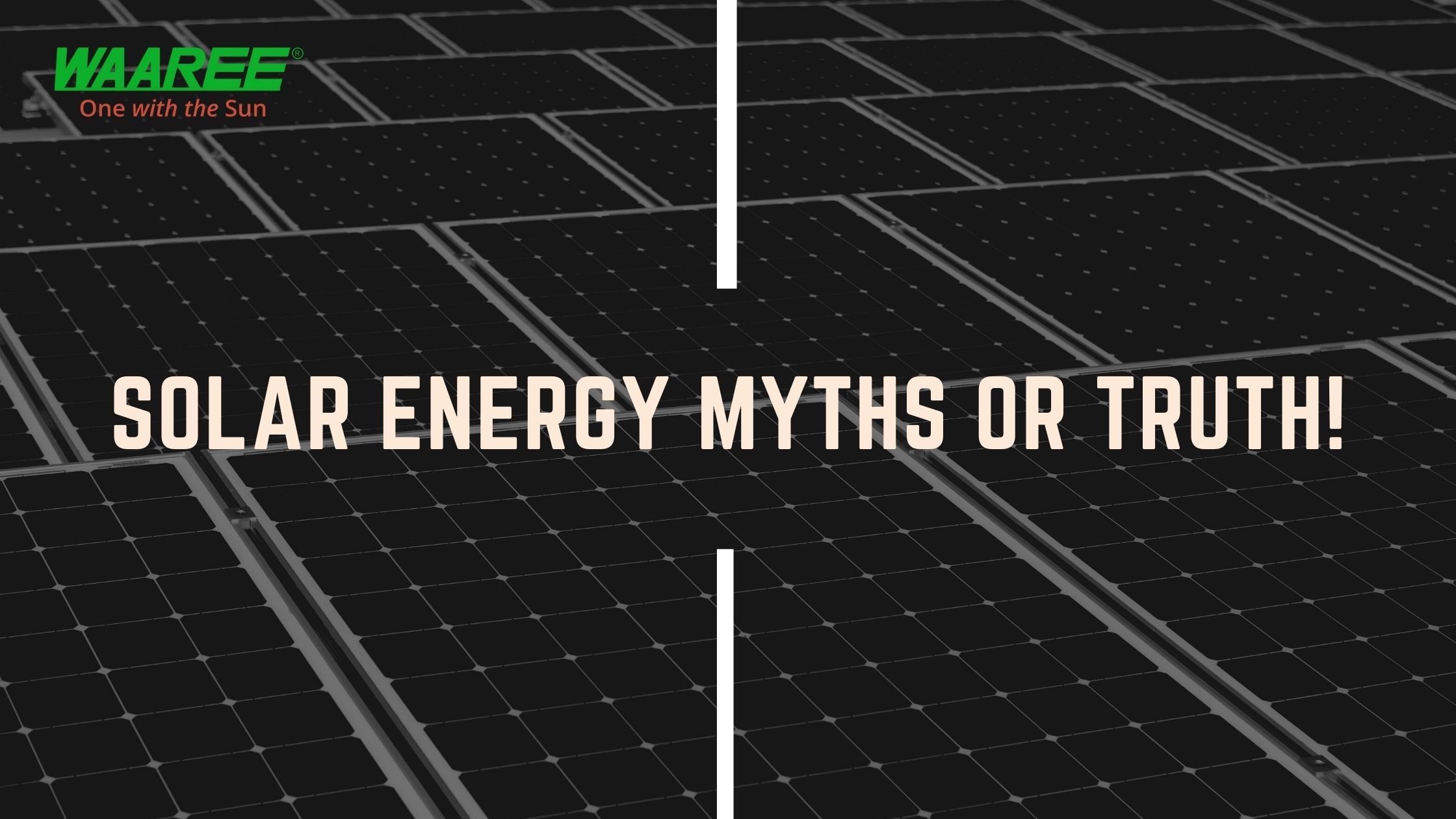