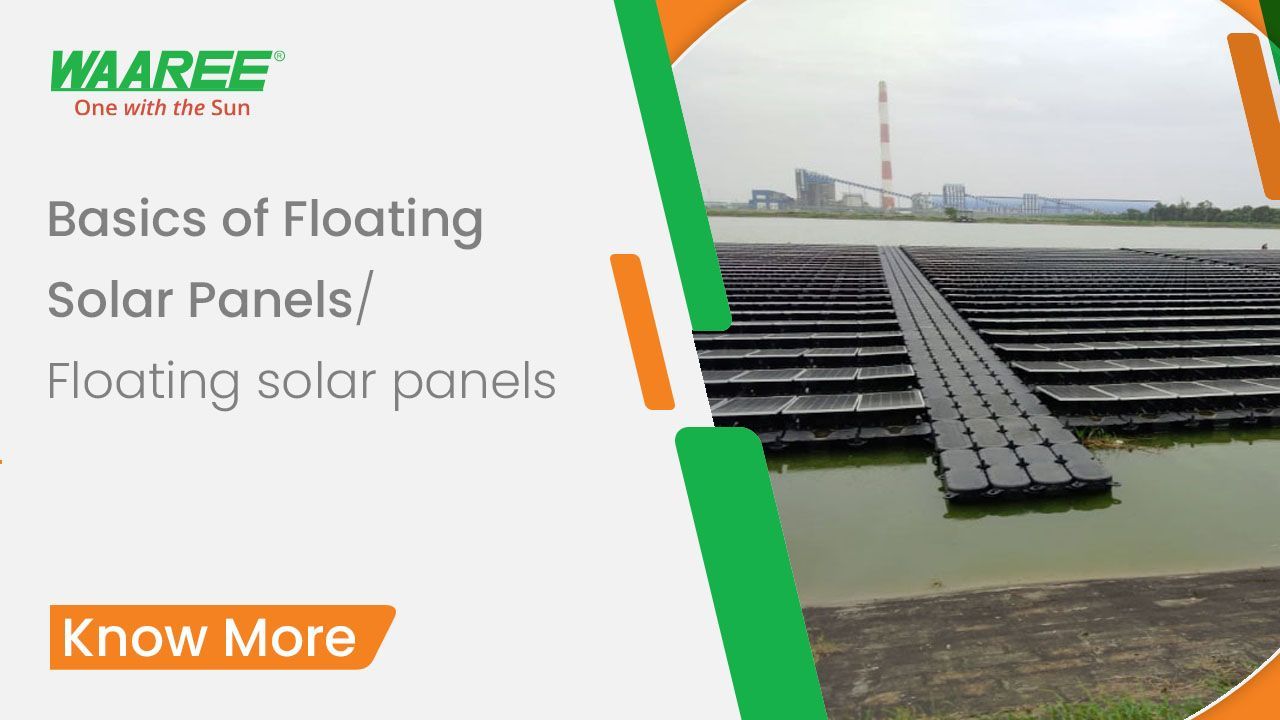 All You Need To Know About Floating Solar Panels?

Every rooftop will not be appropriate for solar panels; variables such as shade, obstacles, age, and free space may lead homeowners to explore alternative places for solar panel installations. When dealing with large solar power projects, ground mount solar panels or solar canopies are the most prevalent alternatives to rooftop solar-powered systems. However, a better option has considerably impacted the solar power industry, which is floating solar panels.

This is a relatively new technique where solar panels are powered by sunlight, just like on land, but they are installed on the surface of wetlands, wastewater treatment plants, lakes, and dams of hydroelectric plants. Thus, it is necessary to use floats, which are the structures that support the floating solar modules (plates) over water.

What are floating solar panels?

Floating solar panels, often referred to as floating photovoltaic (FPV) panels, would be any solar panels that float on water. Solar panels need to be attached to a structure that holds them much above the surface. If you end up coming through floating solar panel installations, it'll most certainly be situated in a lake since the water seems to be usually calmer there. Floating solar panel systems are also commonly seen on large artificial bodies of water, such as reservoirs.

How does a floating solar panel work?

Generally, a solar plate can weigh up to 25 kg, so these structures must be very resistant. Floating and terrestrial solar systems have a similar design, apart from the fact that the solar panels and often the inverters are mounted on a floating platform.

Solar panels, as well as inverters, are anchored to the bottom. But it is also possible to connect them to the ground through floating power lines. The anchoring and mooring systems design used to hold the floating platforms in place will depend on many factors, such as the water level and its variability, bathymetry, soil conditions, type of buoyancy, and wind load.

There are several advantages of floating solar systems to the ones that are mounted on rooftops.

The water in floating solar panel installations aids in cooling the solar-powered systems. The floating solar panel installation shades the bodies of water and decreases evaporation in ponds, reservoirs, and lakes. This is an incredibly beneficial environmental advantage of solar energy in locations prone to droughts, where water loss because of evaporation may mount up over time and lead to scarcity.

One of the most significant advantages of floating solar panels is that they do not need any land area. The majority of these solar panel systems may use underutilized water bodies, like hydroelectric dam reservoirs, wastewater treatment ponds, and drinking water reservoirs.

In areas dominated by the systems (coverage is, however, partial), evaporation of the underlying water is limited by up to 80%. In sites intended for irrigation or human consumption, it is possible to save significant amounts of water depending on the percentage of coverage of the basin and the atmospheric temperature.

As with other electronics, increased temperatures result in lower power outputs. The effectiveness of a solar panel decreases as temperatures increase, which might be troubling for property owners wishing to install solar panels in a hot and sunny region.

The performance of floating solar panels is higher than systems that are installed on land, which can be attributed to the reduced operating temperature of the solar modules due to the natural cooling of the water. Moreover, if installed in large water bodies, these systems can have less dust deposition, which increases the plant's energy production.

The solar panels on water do not need frequent cleaning. In the air's free surface, the dust is reduced compared to the mainland since most of the dust lifted by the wind from the ground near water bodies cannot exceed the water's edge.

The first-ever floating solar plant in India was built in 2014 in Kolkata, West Bengal. Today, India is taking this lead forward by constructing the world's largest floating solar plant at Omkareshwar Dam, Madhya Pradesh. This project will probably be completed by the year 2023.