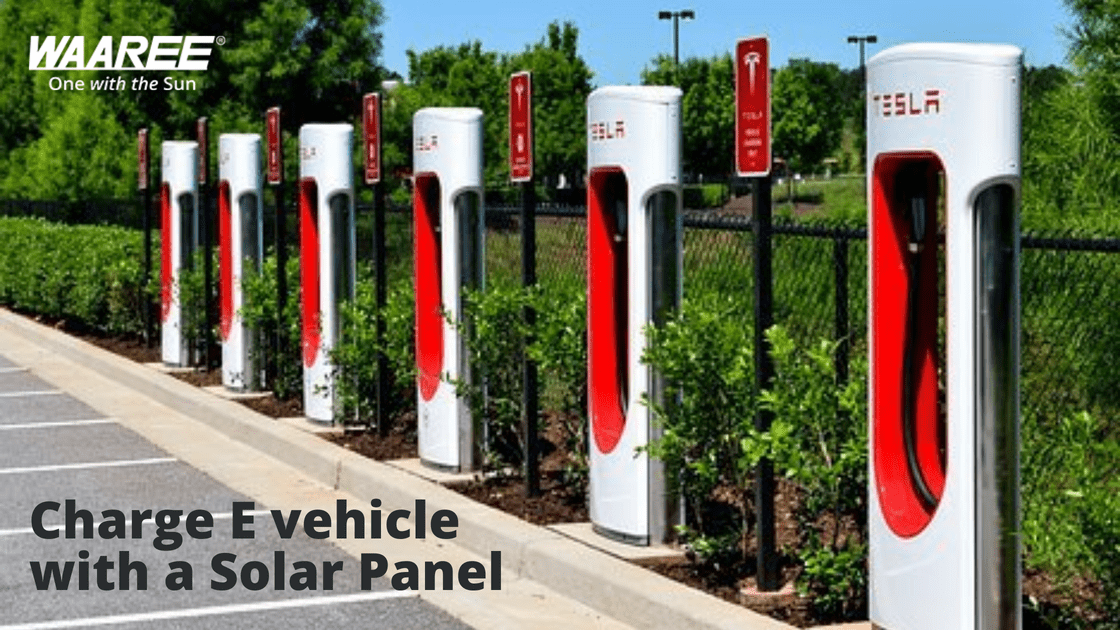 Can you charge an electric bike with a solar panel?

The e-bike is an excellent way to reduce your carbon footprint, and it is also efficient to suffice your entire commute. However, the range of your e-bike will permanently restrict how long you can appreciate such an experience unless you're able to increase the capacity.

Recently, the idea of powering electric bicycles using a solar charging system has begun to be studied. While it is conceivable to do so, it is currently not inexpensive, and it can be pretty tricky and time-consuming.

We hope to provide some guidelines on how this might function in practice in the course of this article.

Can e-bikes get charged with solar panels?

Although not all solar adapters are created equal, one can use an e-bike solar charger to charge an e-bike and recharge your electric bike using the sun's clean power. You'll need to use one which is modelled especially for charging e-bikes.

What voltage is an e-bike battery?

The electric potential gets measured in volts. Consider them to be the pressure in a hose—the velocity of electrons flowing in a circuit increases as the voltage increases.

Electric bikes often use 36 or 48-volt batteries, and you'll need a charger that can handle that voltage. The majority of solar chargers sold as camping gear can only charge batteries with a voltage of 12 volts, rendering them unsuitable for charging an electric bike.

Aside from the actual output power, you'll want to be sure the output connector suits the connector on your e-bike solar charger. It's straightforward to use; all you have to do is place it where it will receive the most sunshine and connect it to your electric bike's battery.

How many watts are needed to charge an e-bike?

When buying an electric bike, the most common question is how much power an e-Bike requires. The explanation, though, may not be that straightforward. Choosing the right energy is challenging with various battery variations such as 36V, 48V, etc.

The power of your electric bike is entirely dependent on your wattage; the higher your eBike's wattage, the more power it has. So, how do you figure out what this wattage is? It is, after all, a straightforward formula.

Now that you understand the fundamentals of how to charge an electric bike, the most important factors to consider are your weight, speed, and terrain.

● Terrains vs Weight or Speed

When you look attentively, you'll notice that weight and speed are linked—the lower the weight, the slower the pace. And the terrain can be either a flat surface that requires less work or a steep area that requires more power to climb.

So, if you're searching for an E-Bike and weigh between 100 and 120 pounds, a 250W E-Bike will suffice. It assumes you're travelling on a level surface. If you want to ride on unforgiving terrain, you'll need roughly 400W of power.

Have you read: How Many Solar Panels are needed to Charge an Electric Car?

How to charge an electric bike with the help of a solar panel?

Batteries for electric bikes are typically available in four voltages that you must know about to understand how to charge an electric bike: 48V, 36V, and 24V. More volts means more power. E-bike batteries are usually 36 volts, while some models have 24-volt batteries and others have 48-volt batteries.

Electric bike manufacturers specify these because they give an excellent cost-to-power balance for their goods. When you approach the 72V level, you're dealing with custom-made electric bicycles, which usually means a robust bike won't get classified as a regular bicycle. In addition, 72V batteries are significantly more expensive than 48V batteries.

The potential of being shocked is another element to consider while constructing or using a high-capacity electric bicycle.

Up to a voltage of 40V – 45V, your flesh can shield you from electrical stimulation. Electrocution hazards can occur at 72 volts, which is a regulation issue in some places and always a safety risk.

Let's say an electric bicycle's power output exceeds the legal limit of 750 Watts. The bike will then get classified as a scooter, needing coverage, certification, and a license plate.

How long does it take to charge an e-bike battery with solar power?

We propose using your existing mains e-bike solar charger and feeding it with solar power. In this situation, the bike would power in the same amount of time as plugged into the wall.

It entails assembling a solar charging kit that includes:

Install a solar rechargeable battery and a 50Ah lithium phosphate battery if you wish to recharge after dark.

You can also read: Solar panels for buses | Should buses use Solar Panels?

Experts researching the same field claim that using an electric bike as your primary form of transportation instead of driving significantly reduces the carbon footprint in the ecosystem.

While electric bikes typically get thought to be ecologically responsible, you can make them even more so by filling them with solar power instead of electricity.

It is a more environmentally friendly energy source that can supply you with a service similar to power.

Many people prefer electronic bikes since they are a very cost-effective mode of transportation. However, an e-range bike's restriction can be a restricting factor outdoors or on camping vacations. Solar chargers, thankfully, are a viable answer to this issue.

Get in touch with the Waaree Group for an e-bike solar charger and its details.