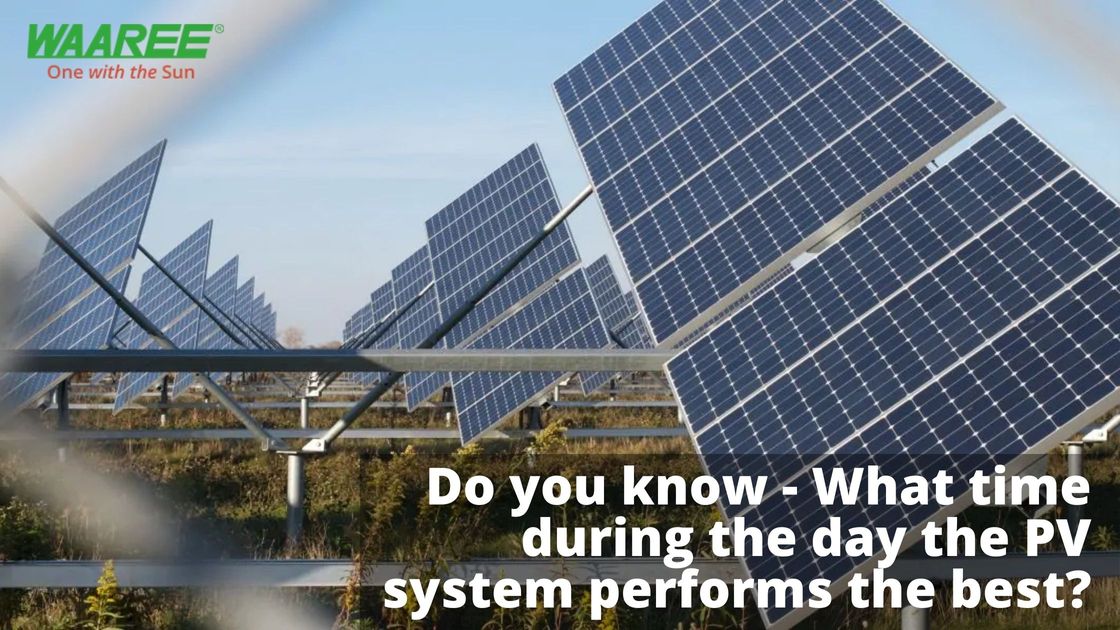 What is the best time to use Solar System?

People are turning to solar energy as a feasible option for powering their homes and businesses as energy costs rise. When building a solar system, it's important to understand how and when solar panels function best so that you can determine whether you'll get the most out of your investment.

When the sun is shining, solar systems work best. However, the intensity of the sun's radiation varies. It changes depending on the region, the days of the week, and the seasons.

The quality and efficiency of solar panels play a vital role in determining the total quantity of solar panels. Another feature is micro inverters, which can maximize power conversion at the source. Some panels absorb more sunlight, while others are thicker and more resistant to cracking and corrosion.

Solar panels will provide more electricity as their efficiency improves. Because the panels produce more watts, the number of solar panels on the roof is reduced. It is possible to use larger, less efficient panels at a cheap cost when the roof area is large. There are several factors to consider when choosing the right panels for a small roof area.

Similar solar systems may produce various quantities of energy depending on the quality and efficiency of the system. Because the days are longer and the sun is higher in the sky during the summer, the same system can create twice as much electricity.

For a solar system to perform optimally, it must be installed by a qualified installer. Solar panel installations that aren't up to par will reduce energy production, lowering the return on investment.

Photovoltaic cells, or solar cells, turn sunlight into electricity. Solar panels create electricity all day, but only when the sun shines directly on them, they produce the most. The ability of solar panels to generate electricity is determined by the angle at which the sun's rays strike the modules.

When the sun is shining, solar systems work best, and hence solar power generates energy by that time of day. The strength of the sun's radiation varies with the brightness and angle of the sun throughout the day and seasons, affecting the quantity of electricity your solar power system generates. During the day, the peak solar generation occurs between 11 a.m. and 4 p.m.

The peak sun hour occurs when solar irradiance reaches a power density of 1,000 watts per square meter. Daylight hours are not the same as peak sun hours. Solar radiation peaks at midday, when the sun reaches its highest point in the sky.

In this way, more electricity will be created by your solar panels. The light intensity will decrease as the afternoon proceeds into the evening, and solar power output will be nil as the sunsets. So, in general, the optimal period to install solar panels is between 11 a.m. and 4 p.m. However, depending on where you reside and the time of year, the actual hours and timings will change slightly.

Have you read: Will Solar Panel Work at Night?

Number of hours a solar panel works each day

Solar panels work and create electricity during daylight hours in the spring, summer, winter, and fall. The amount of solar power created, on the other hand, changes greatly throughout the day and over the seasons.

The angle and sunshine vary throughout the year; during the day, so will the output of your solar panels. The days are longer, and there is often more sun in the summer than in any other month, especially in comparison to the winter. In general, the months of October through April will witness the highest solar panel electricity generation.

During the winter, days are significantly shorter than during the summer. This means that the solar system will be on for a shorter period each day, producing less average electricity each day.

Working during the night

The PV cells have no work to do after the sunsets. However, this does not indicate that the solar-generated energy that has been stored throughout the day has vanished.

A system owner can save money by utilizing the electricity stored in the capacitors indicated above during the evening and nighttime hours. Evenings are often the most expensive times of the day for energy usage. The system will switch to grid-sourced electricity once the capacitors have used up all of their stored energy. It's easy to see that today's solar power generation system is specifically built to make the most of both solar-generated and grid-supplied electricity.

The optimal time to use solar power in terms of energy production and the number of hours it is working at its greatest efficiency is determined by the orientation of your panel.

Solar panel location and orientation are just as crucial as the type of solar panel that works in a particular setting. When the Sun's rays strike the solar panel perpendicularly, the greatest energy is captured. Orienting solar panels in the right direction and tilting them will help them produce the most energy by exposing them to the highest sunlight intensity for the longest time. Solar tracking devices allow some solar arrays to follow the Sun, considerably increasing energy production.

If you need help determining the ideal time to use solar electricity for your property, or if you have any other solar-related questions, call Waaree Energies now and get the best estimates.

You can also read: What Should Be The Best Angle For A Solar Panel Installation?